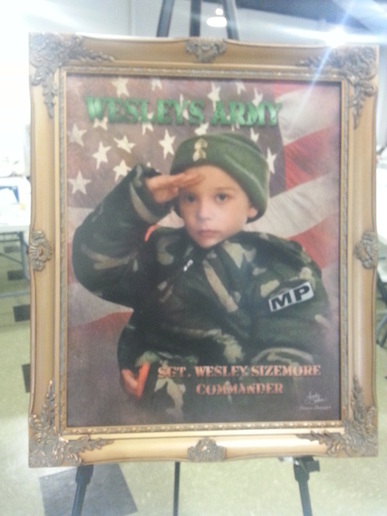 The 14th Armored starts out the 2014 season with a really impressive birthday party for young Sgt. Wesley Sizemore.  Seven year old Wesley Sizemore, dreams of growing up to be an Army MP. However, on November 13th, he was diagnosed with a rare form of Lymphoma.  The good news is that his cancer treatments are going great.  Even more good news is that the community really came together to support him with a huge birthday parade and celebration on March 22.  The 14th was proud to be part of the festivities. 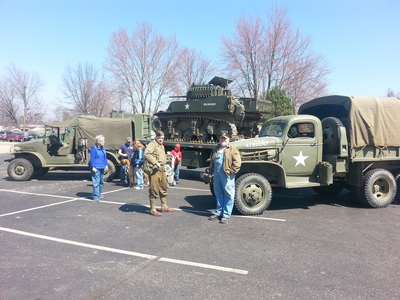 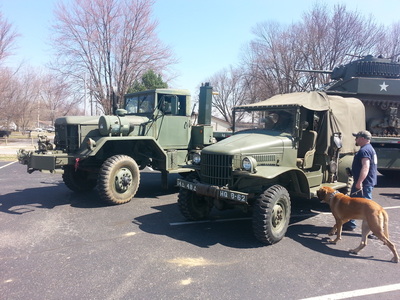 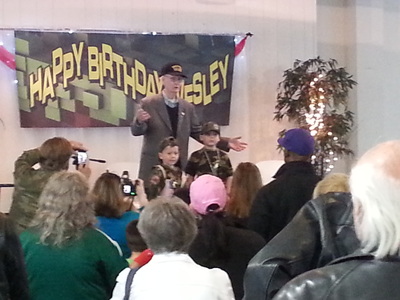 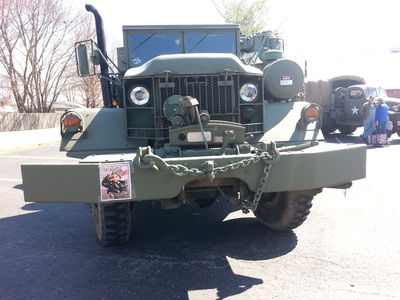 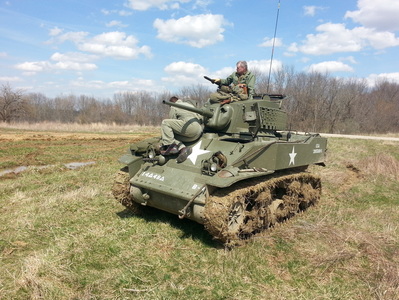 The LHRA put on a tactical battle at Camp Atterbury.  The 14th brought the armor!  The weather was outstanding all weekend long.  The action was decent, but the head count was down for both sides.  With such a huge site to play on it is a shame more re-enactors didn't turn out. 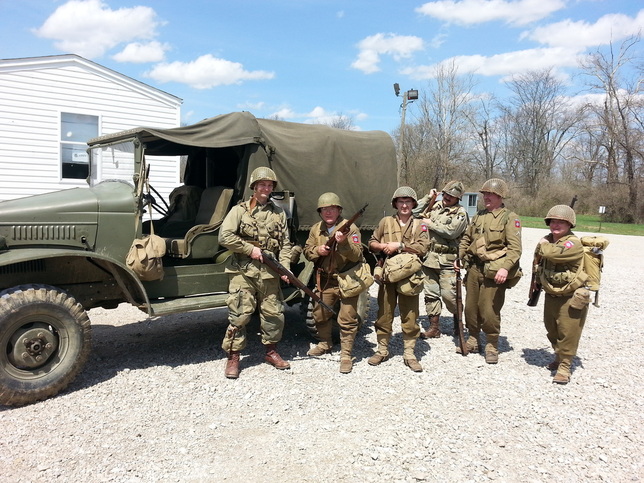 This squad got a ride back to base on the WC21 after a long day in the field.
Atterbury videos
Atterbury pictures 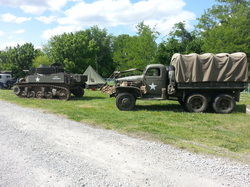 The 14th headed to New Haven, Kentucky for their 1940's weekend.  With tanks, trucks, and a camp setup we added to the 40's event with our WWII equipment.
The Kentucky Railway Museum is home of Engine 152.  http://en.wikipedia.org/wiki/L_%26_N_Steam_Locomotive_No._152
Make plans to get to this event next year! 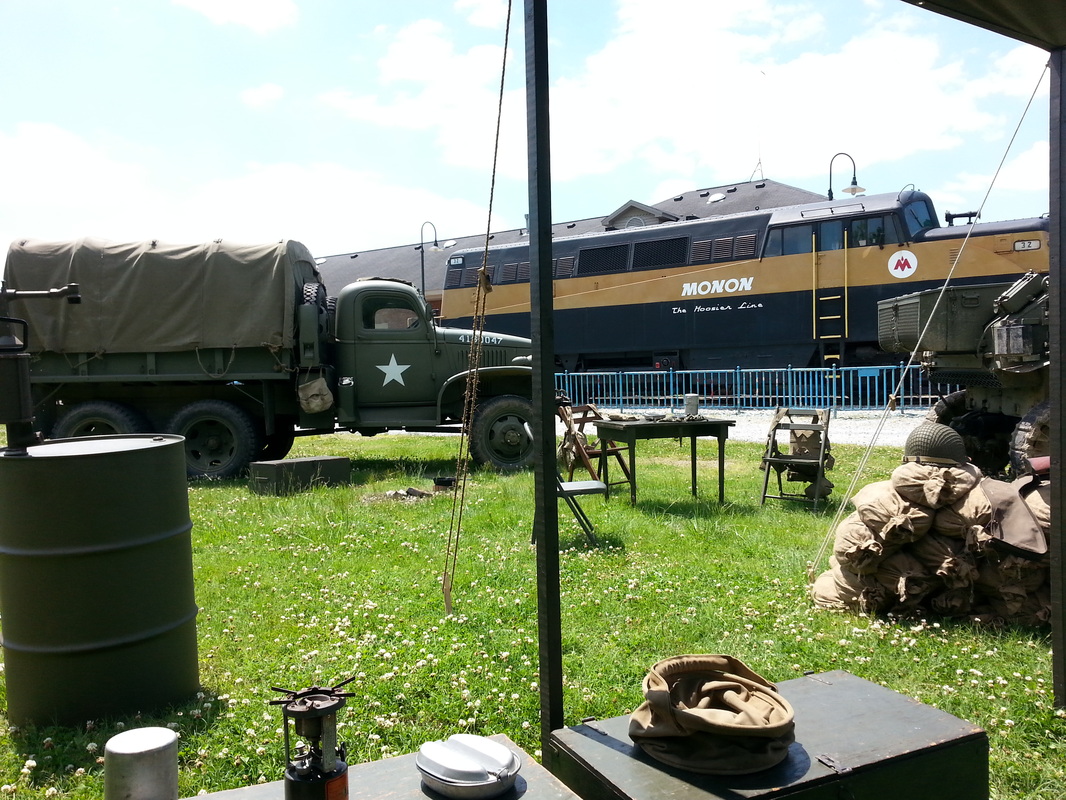 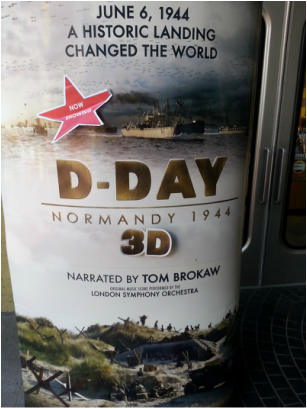 70 years after the Allies landed on beaches of Normandy we remember "A Historic Landing that Changed the World".  The Kentucky Science Center hosted the 14th Armored to go along with their showing of D-Day in 3D. 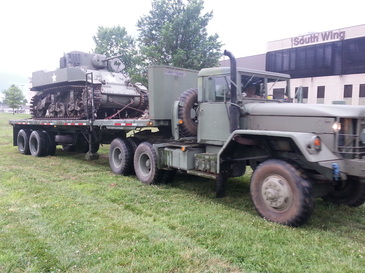 The MVPA National Convention moves into Kentucky!  With the big show coming to town we had to bring out lots of equipment.

The show is THIS WEEK!  Get out there and tell'em you want to see the 14th! 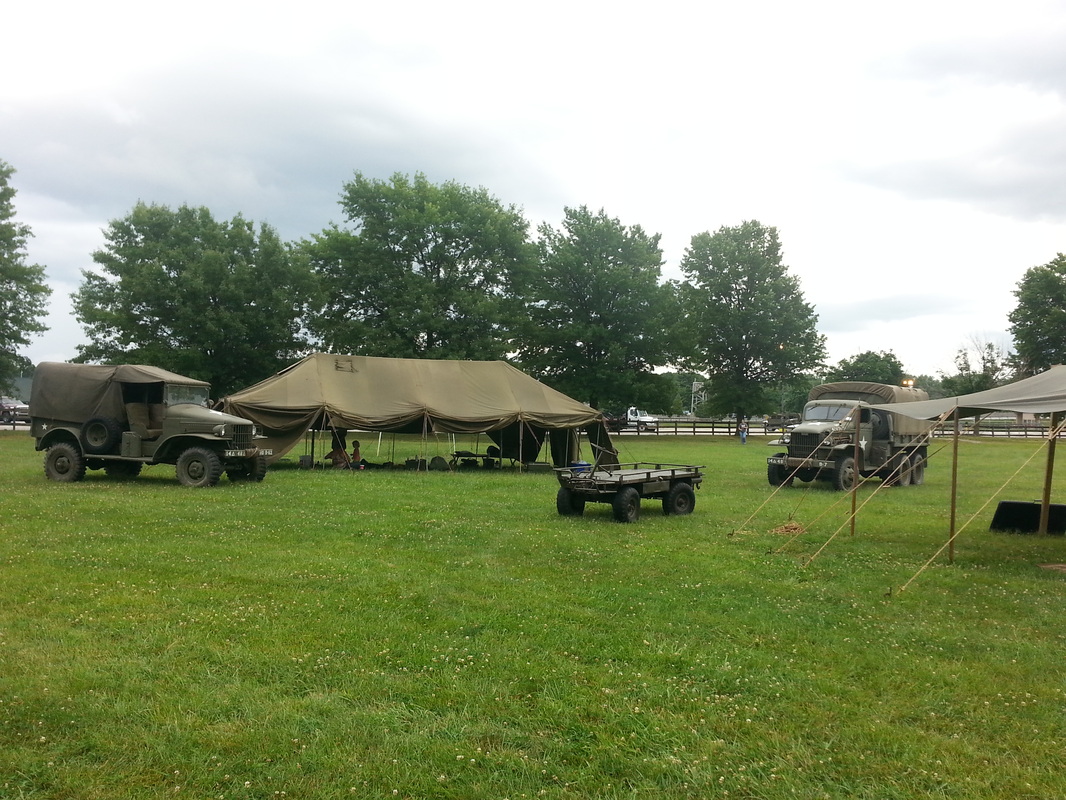 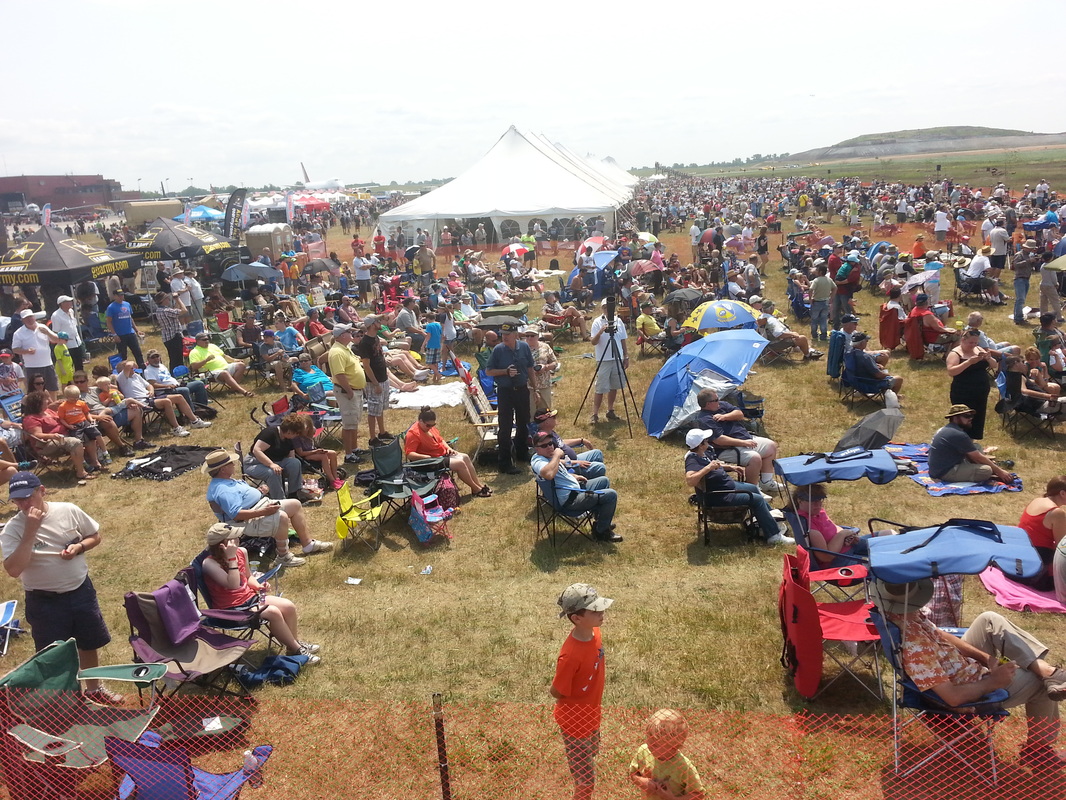 How many people went to Thunder over Michigan 2014?  Plenty!  As usual the crowds came out to enjoy a great airshow and the WWII re-enactment.  The 14th provided 4 Stuarts this year, and we were joined by another.  In the above picture take a look at the massive 747 in the top left corner, the field went all the way to that end.  Now double it, because the picture was taken in the middle of the action! 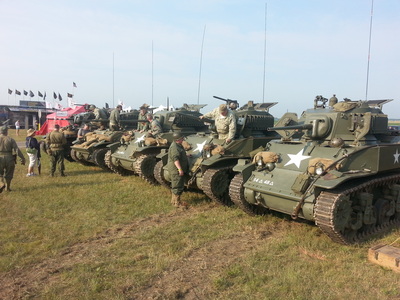 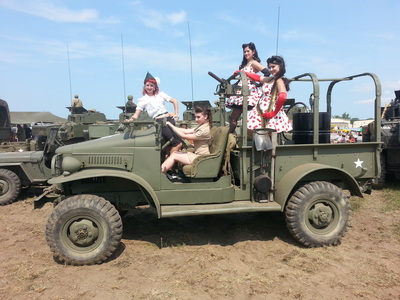 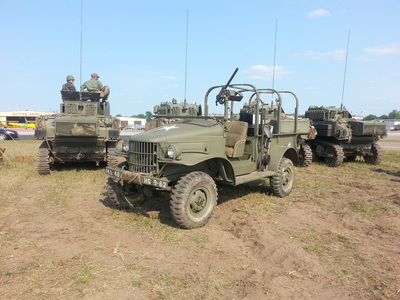 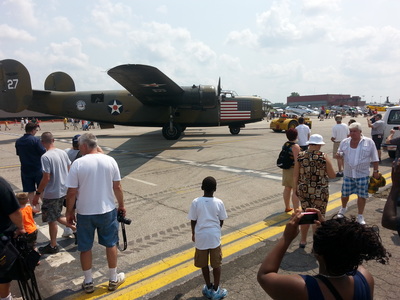 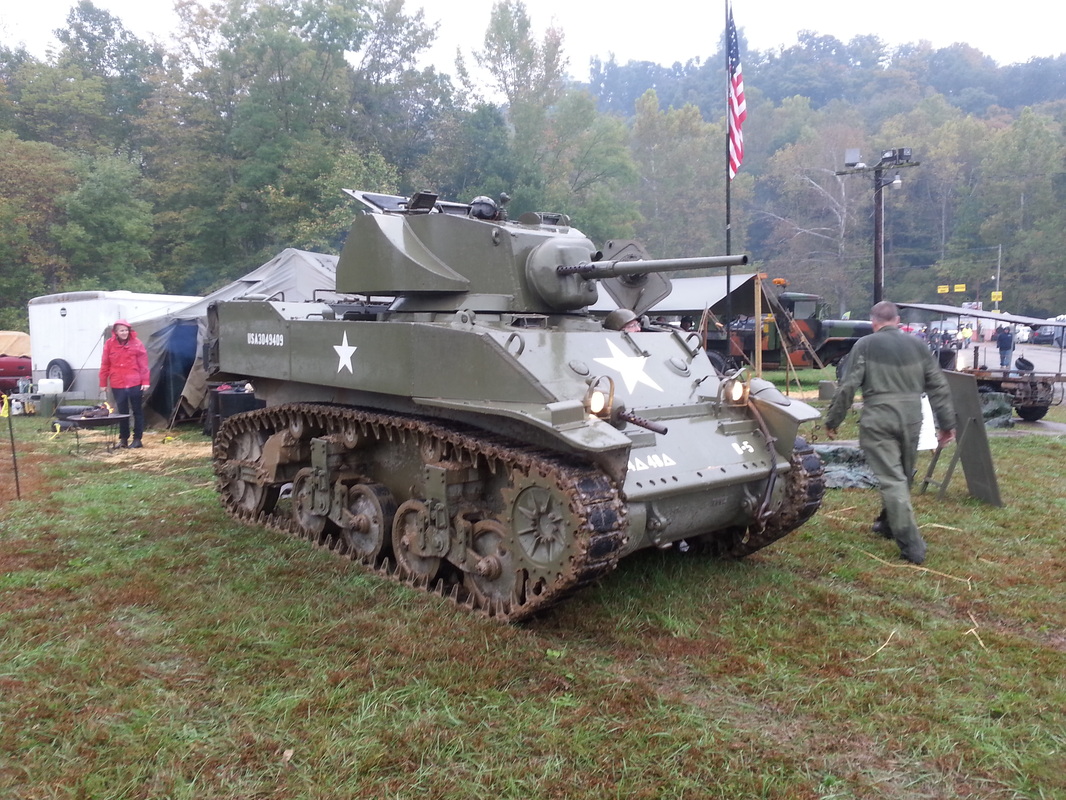 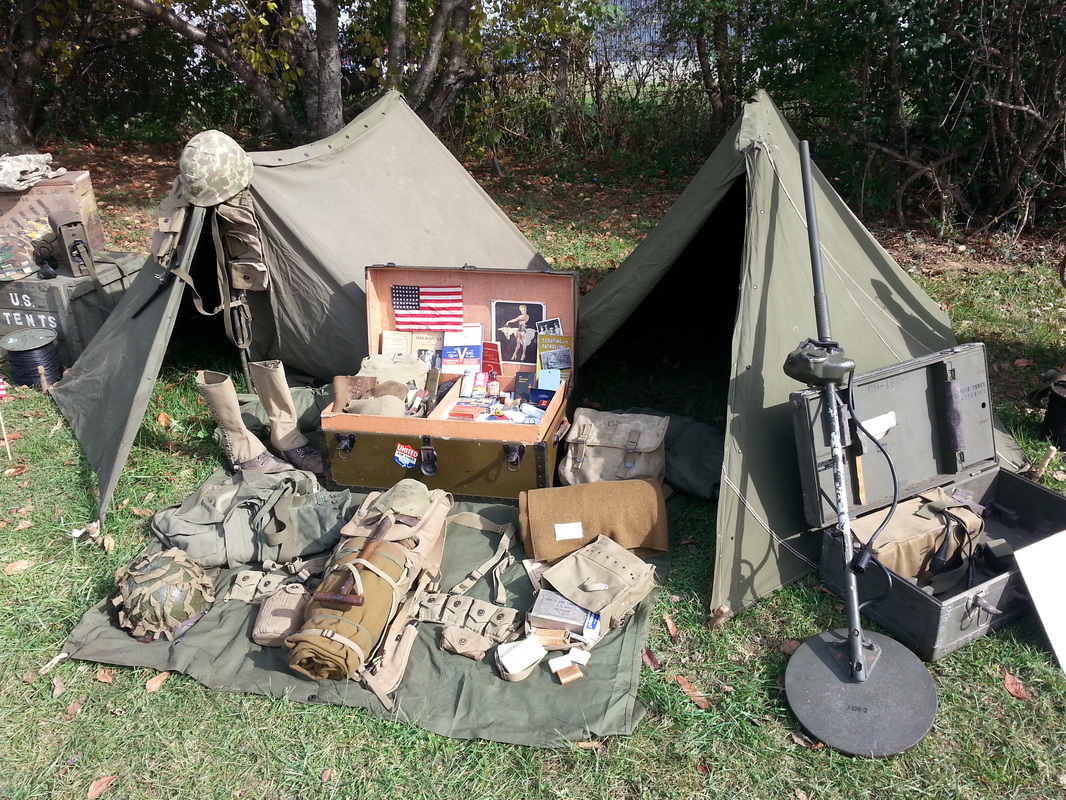